The intoxicating smell of wild jasmine fills the air, as the sun rises above the horizon, turning the sky from a pale grey, to shades of lilac and pink. A faint mist rises off the river, and there’s a chill in the air. We are heading downstream, towards the boundary of Zambia’s Lower Zambezi National Park.

The Zambezi River, the fourth longest in Africa, passes through several countries and countless wonderful places on its journey from source to sea. Emerging from the ground as a tiny bubbling spring in north-western Zambia, the river passes through eastern Angola, along Namibia’s north-eastern border and the northern border of Botswana, then forms the boundary between Zambia and Zimbabwe, before flowing across Mozambique and ultimately emptying into the Indian Ocean. There are many special places along this extraordinary river, but one of my very favourites has to be Zambia’s magnificent and wild, Lower Zambezi National Park.

On the northern banks of the Zambezi, in the south east of Zambia, lies the Lower Zambezi National Park. This 4,092km² park is a pristine wilderness and an area of abundant wildlife. Herds of elephants, soaring fish eagles and everything in between. Lions, leopards and wild dogs are at home here. Elephants amble across the landscape. A timeless valley of giant towering Winterthorn trees, and the wildlife that find sanctuary in their dappled shade. The river itself is home to hippos, crocodiles and the coveted tiger fish.

A whirring noise indicates my husband has just made his first cast of the day. Fishing for Tiger fish is a seasonal speciality of the Zambezi River and, at least as far as my husband is concerned, is one of the best safari activities of all! Tiger fish are somewhere between a trout and a piranha on the evolutionary scale, and are equipped with large bony jaws and a mouthful of razor-sharp teeth. Tiger fish are renowned for their speed, agility and strong will to fight – fishing for these fresh water game fish is always a challenge. Prized species such as the coveted Tiger fish and vundu (catfish) make the Lower Zambezi any sport angler’s dream destination. Twenty minutes after his first cast my husband is reeling in the first catch of the day, a 15.5lbs Tiger, which is followed a few casts later by another slightly Tiger, though this one somehow manages to slip over the side on its way to the scale.

Not really a keen fisherman myself, I’ve been occupied with the scenery. Clouds of Red-billed queleas fly to the mainland, from the islands where they’ve roosted for the night. Black Crakes, with their bright red legs, flit along the river banks, Woolly-Necked storks preen in the shallows, African Skimmers fly just above the water, their bright orange beaks dipping into the river. Migratory Carmine Bee-eaters, with their vibrant colours and loud chirping calls, swoop overhead, while Yellow-bill storks wade and fish in the shallows, and a pair of Pied kingfishers dive repeatedly, fishing for breakfast. Pods of hippos, with their nostrils, eyes and ears just above the water line check us out as we drift past, and nearby a slightly more malevolent set of nostrils and eyes, belonging to a crocodile, peek above the water’s surface.

Happy with our morning’s fishing, we head back to the lodge. Zambezi Grande Private Game Experience, is a luxurious, privately owned game lodge, poised high on the banks of the Zambezi River, is just minutes upstream by boat, from the Lower Zambezi National Park. With 5 free-standing Superior Suites, all in prime riverfront location, and 5 Luxury Rooms, each with contemporary finishes and all the comforts one could desire, Zambezi Grande is a sanctuary with an old-world charm. The main area of the lodge itself has an open plan layout, ensuring river views from wherever you stand (or sit!).

In 2021 Zambezi Grande embarked on a total lodge redesign at the hands of Michele Throssell Interiors, and the result is something really special. What had been, for all intents and purposes, a Cape Dutch style holiday home on the banks of the Zambezi, underwent a transformation.

Michele used a neutral palette, which they combined with cleverly chosen textures, fabrics and carefully curated accessories – the end result being a beautifully designed space in a stunning location. Every detail has been carefully considered. What had once been buildings predominantly painted in whites and creams, got a wash of the deep shades of the surrounding bush – olive greens, charcoal, khaki and various shades in between. The building now blends into its surroundings, where once it had stood out, perhaps a little too prominently. Leather and dark wooden furniture, as well as the extensive use of rattan and brass fittings all culminate in a homely yet luxurious feel. The kitchens and gardens also got an overhaul, and a solar farm was installed, enabling the entire lodge to run off grid.

At night, when the sun has set and the dark descends, the magic of Zambezi Grande comes into its own. A galaxy of stars overhead, a gentle evening breeze, sitting by the firepit and surrounded by the sounds the wild, the lodge becomes an enchanting escape, surrounded by space and magic.

Next morning we were up early again, but not to fish. This time we’re heading into the park itself, it’s time for a game drive. The dramatic folds and wrinkles of the Zambezi escarpment flatten out as they come down towards the river. Against this spectacular mountain backdrop, we headed off through the winter thorn forest, as a hyena called in the distance. Our morning was filled with sightings. 6 lions lay in the shade, resting from a busy night, as a collared palm thrush made its called and flitted branch to branch. Around another corner a huge fallen Ana (Winterthorn) tree had attracted a herd of elephants, 25 or 30 strong. They tore at the fallen tree, feasting on the leaves, bark and twigs, crunching their way through branches that broke with a resounding crack in their jaws. It was wonderful to see so many elephants together – big and small, adult and baby, female and male; brought together by the feast of greenery. Once they were done with the tree, they would go their separate ways; matriarchs, mothers and babies heading one way, and young bulls another.

Afternoon came, and we were back on the river. Cruising past islands and sandbanks. A herd of elephants crossed the wide deep river in front of us, pausing to eat the long grass on one of the islands, before continuing to the bank on the other side. We passed an island where two buffalo, who’d been trapped for months by the high waters and the ever-present crocodiles, grazed on the lush grass. On another island, three female waterbucks were also stranded, and they occasionally looked pensively towards the mainland. A baby hippo stood on the river bank, apparently reluctant to get into the water, despite the reassuring grunts from the rest of the pod, who were waiting for him – a bit like a mother and aunties, giving encouragement at a toddler’s swimming lesson.

When David Livingstone reached the Lower Zambezi Valley in December 1855, he recorded in his journal the wild beauty of the place… “Hundreds of buffaloes and zebra grazed in the open space, and beneath the trees stood lordly elephants feeding majestically. The number of animals was quite astonishing. I wished I could have photographed a scene so seldom beheld…” Surrounded by the park’s magnificence we knew exactly how he had felt. As the day drew to a close, the sun sank low in the sky, turning the river to liquid gold. Elephants called from across the river, a pair of hippos fought noisily for territory, herons squawked as they roosted for the night. Gradually the world around us grew quiet. It was the perfect end, to a perfect day, in a perfect place. 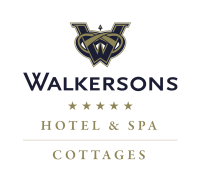 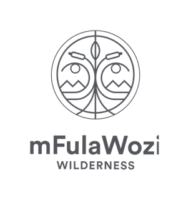