With Table Mountain towering behind and the vast Atlantic Ocean stretching out in front of it, Cape Town is one of the most beautiful city destinations in the world. It’s a city that invites exploration all year round, and one with so much to do.

Located at the foot of Signal Hill, and washed by the blue waters of Table Bay, the Victoria & Alfred Waterfront is Cape Town’s tourist showpiece, and with more than 24 million visitors annually, is one of Africa’s most visited destinations. Named after Prince Alfred, who began construction on the harbour in 1860, and his mother Queen Victoria, and situated on the oldest working harbour in South Africa, the V&A Waterfront is a place where crowds gather to eat, drink, shop, socialise, and admire the gorgeous views of Table Mountain. There are a hundred ways to spend your time at the V&A Waterfront, with activities ranging from helicopter tours to some of the city’s top-rated restaurants and sightseeing attractions. The V&A Waterfront is a favourite for local and international visitors alike.

While still technically a working harbour, and you’ll no doubt catch a glimpse of fishing boats and container ships, the V&A Waterfront is more usually thought of as a shopping and entertainment destination. With more than 80 eateries, 500 retail stores, 5 museums, 12 hotels and live entertainment 365 days a year, showcasing some of the best local talent, you are spoiled for choice. Immerse yourself in a wide variety of activities and attractions like sunset cruises, helicopter flights, free audio tours, or visit the award winning Two Oceans Aquarium and much more.

The Waterfront is also home to the Zeitz Museum of Contemporary Art Africa (MOCAA) ,housed in the converted historic Grain Silo, and home to the world’s largest collection of contemporary art from Africa and its diaspora.

TOP THINGS TO DO AT THE V&A WATERFRONT

Start your V&A Waterfront experience with a guided walking tour. The Waterfront is part of Cape Town’s working harbour, of which the harbour itself dates back to 1654, when the first jetty was built by famous Dutch colonist Jan van Riebeeck. See the landmarks that make up the area’s history, including the Breakwater Prison, Clock Tower, New Port Captain’s Office, Pumphouse, and the Robinson Dry Dock. Alternatively, there’s a free GPS Audio Tour called Reinventing the Tavern of the Seas available on VoiceMap.

2. Get an Aerial View on a Helicopter Tour

Cape Town is often voted one of the most scenic cities in the world. To see it in its full glory, book a helicopter tour with one of the charter companies based at the Waterfront. Flights range from 15 minute flights over the city itself, to 50 minute flights along the length of the Cape Peninsula to the Cape of Good Hope. Whichever option you choose this is an experience you won’t forget in a hurry.

3. Shop for Arts and Crafts at the Watershed

The Watershed is a vast, light-filled warehouse that houses more than 150 tenants and 360 local brands, specialising in South African art and crafts. This is not your average African market, prices are high and haggling is not expected, but it is an opportunity to invest in art, jewellery, fashion, and home decor created by some of the most exciting designers in South Africa.

Just south of Cape Town, the tropical Indian and the temperate Atlantic oceans meet, creating a unique ecosystem, with an incredible diversity of marine life. Two Oceans Aquarium houses magnificent displays of sea creatures from all over South Africa and beyond. See ragged-tooth sharks in the predator tank, fall in love with the inhabitants of the African penguin exhibit, marvel at the mystical kelp forest. Feeding times and regular talks are always interesting, and the kids will love the touch tanks and walk-through underwater tunnel. For a really immersive experience, sign up to scuba dive alongside turtles and rays in the I&J Ocean Exhibit.

If you’d rather be on the water than under it, check out the numerous charter companies based at the Waterfront. There are plenty to choose from, so it’s easy to find the vessel and the itinerary that suits you best. You can do everything from Seal and Harbour Cruises to Speed Boat Eco Adventures, or Sunset Champagne Cruises aboard a beautiful sailing yacht. While on the water keep an eye out for some of Cape Town’s landmarks, like Robben Island, the Clifton beaches, and beautiful Blouberg beach, as well as the harbour’s always inquisitive resident Cape fur seals.

6. Catch the Ferry to Robben Island

Visit Robben Island for a moving insight into the prison where former president Nelson Mandela spent 18 years of his 27-year sentence, and where many other political prisoners were incarcerated for their role in the fight against apartheid. The historic penal colony is located approximately 18km offshore, and the best way to get there is on a Robben Island ferry tour. Tours depart from the Nelson Mandela Gateway at the V&A Waterfront and last around four hours.

After a busy visit, you’ll likely be hungry and in need of refreshment. There are countless restaurants to choose from, but for the most eclectic dining experience, head to the V&A Food Market. Housed in the Old Power Station, the market features more than 40 vendors selling gourmet street food from all over the world – Mexican burritos, Knysna oysters, hand-crafted chocolates, Belgian waffles, Thai noodles, the options go on and on. There’s a licensed bar selling Western Cape craft beers and wine by the glass, and regular live music adds to the festive atmosphere.

8. Soak up the Sun in Nobel Square

The Food Market opens onto Nobel Square, which boasts life size bronze sculptures of South Africa’s Nobel Peace Prize winners, Nelson Mandela, Albert Luthuli, Desmond Tutu, and F.W. de Klerk. This is a lively public space at the heart of the Waterfront and perfect for picnicking, people-watching, and enjoying talented street performers. There are large trestle tables where you can eat.

Visit the Cape Town Diamond Museum to learn about the discovery of the first South African diamond. You’ll also learn about the modern diamond industry, including how raw stones are graded and transformed into spectacular pieces of jewellery.

Art lovers should definitely head to the Zeitz MOCAA, where ever-changing exhibitions showcase some of the best 21st-century art from across Africa and the diaspora. The building itself is a masterpiece; dominated by the concrete tubes that once served as the city’s grain silo; from the inside it somewhat resembles a giant honeycomb.

11. Stroll the Waterfront at Night

At night, the V&A Waterfront transforms into a festive playground complete with street entertainers, live music, and hundreds of sparkling lights. Wander the promenade to soak up the sounds and scents from the waterfront restaurants, stop for a drink in one of the many pubs, or partake in a fine dining experience at one of the celebrated restaurants. The Cape Town Comedy Club is well known for great stand-up performances and pop-up bars add to the party atmosphere with their local craft gins or Western Cape wines.

Before you head home, treat your inner child (or your actual kids), to a ride in the Cape Wheel, in one of the 30 fully enclosed, airconditioned cabins, that takes you 40m above the ground for a 15 minute/ 4 revolution ride. The views of the city are spectacular and it’s particularly great at night when both the wheel and the city lights are illuminated.

When you are ready to rest your weary head and relax like royalty, where does one go?

How about enjoying the tranquil luxury of the Queen Victoria Hotel & Manor House , or the next door Dock House Boutique Hotel, situated side by side, in a historic area alongside the V&A Waterfront. These are some of the Waterfront’s most distinguished boutique hotels. The location gives you access to the hustle and bustle of the waterfront, whilst still providing the serenity and escape you want at the end of the day. The Queen Victoria is a combination of classic elegance meets contemporary style, with a fantastically helpful and welcoming staff.

The Queen Victoria Hotel is located quite literally across the road from the V&A Waterfront and guests have the option of dining at Dash, the in house restaurant, or at the nearby GINJA restaurant, in one of the hotel’s sister properties The Victoria & Alfred Hotel. Dinner in both restaurants is fantastic, and it would be hard to pick my favourite of the two. Before dinner or after dinner, relax with a drink in the fire-lit bar and lounge area of the Queen Victoria, it’s the perfect way to wind down at the end of the day.

Again, guests had the option to eat breakfast in house at the Queen Victoria, and the menu is impressive. Alternatively, breakfast at GINJA, with fantastic early morning views of Table Mountain is hard to beat. As we left breakfast at GINJA, we stopped to watch a pair of seals cavorting in the canals, such a beautiful start to the day.

If the pace of the Waterfront gets a little much, you can always spend you day in a slightly more serene way, relaxing in the beautifully manicured gardens of the Dock House Boutique Hotel, from where you can see both Table Mountain and the Waterfront’s famous Big Wheel.

Perhaps you’d prefer to stay in Cape Town’s most iconic luxury hotel, The Silo Hotel . Built in the grain elevator portion of the historic grain silo complex, The Silo Hotel occupies six floors above the Zeitz Museum of Contemporary Art Africa (MOCAA), which houses Africa’s largest collection of contemporary African art. The Silo is a magical space, that towers over the V&A Waterfront in a celebration of art, architecture, style and design. This is an extraordinary hotel that sets the standard for luxury travel and service.

The Silo Hotel has 28 rooms, including a spectacular one bedroom penthouse. Each room has been individually designed and decorated with colourful and eclectic pieces to both complement and contrast with the modern, industrial architecture. Each room has a private balcony and a unique collection of contemporary African art. My favourite feature of the rooms are the opulent bathrooms, with enormous freestanding baths, positioned to capture the stunning views, through floor to ceiling windows.

Afternoon tea, referred to as ‘Royal Tea” at The Silo, is an experience not to be missed. A seemingly endless selection of delicious treats, artfully presented on a three levelled tray, accompanied by your tea of choice and enhanced by a glass or two of delicious bubbles. Sundowners at the roof top bar are a definite highlight, the views of Table Mountain are unmatched and the views over the water and the docks below are equally fantastic. When the air gets too chilly or the night too dark, retire inside and enjoy a cocktail, some contemporary cuisine and uninterrupted views of Cape Town through the 5.5m high windows of the Willaston Bar on the 6th floor.

Cape Town’s V&A Waterfront has something for just about everyone, and some time here should definitely be on your agenda. 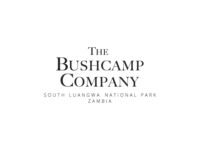